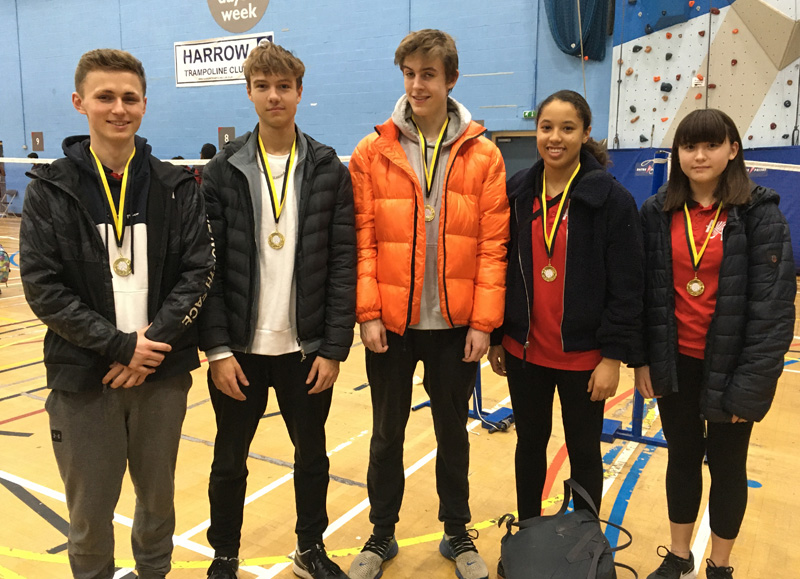 The team Andreas, Louie, Ted, Aya and Olivia played a round robin against Isleworth and Syon, Osterley and Brent Juniors and were trailing Brent Juniors by 1pt.  Fortunately, there was a final and a chance to play our strongest line up.

Andreas won his singles against Ahmed, who I thought was the best boy in the Hall but Andreas proved he was, winning 21-13. Next up, Olivia who completely had control and beat her opponent 21-7. AP’s boys doubles needs practice but the girls Aya and Olivia won easily and a quick totalling of the points saw AP already crowned Champions before the mixed doubles (which also needs practisce).